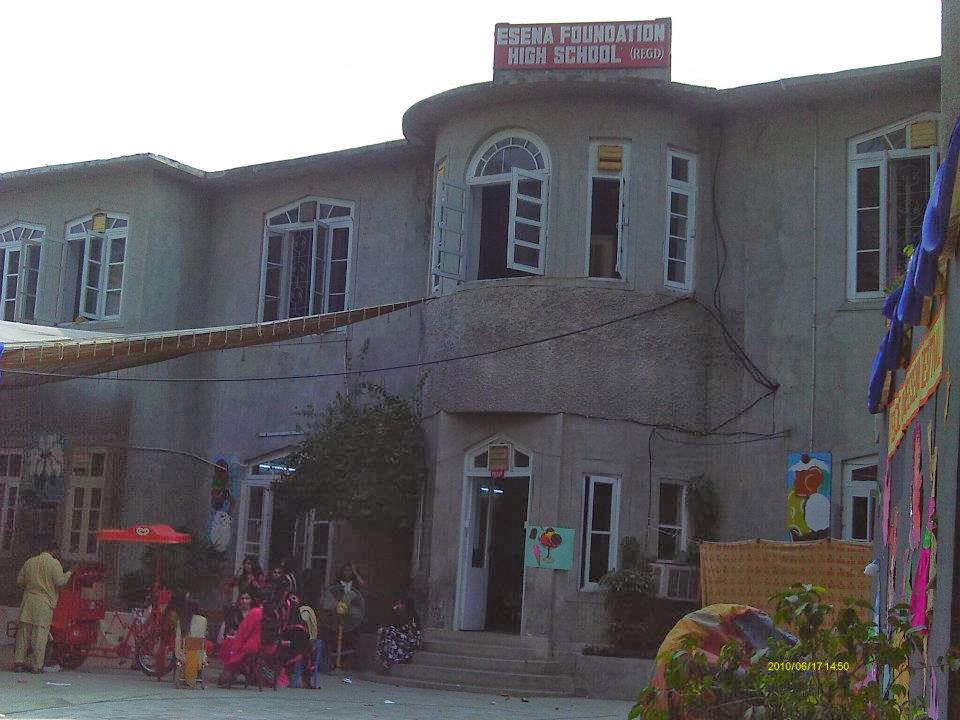 “School failed me, and I failed the school. It bored me. The teachers behaved like Feldwebel (sergeants). I wanted to learn what I wanted to know, but they wanted me to learn for the exam.” — Einstein
I changed three schools. The first one was a renowned girls’ school in Gulberg, Lahore.  It was famous because of its eccentric sari-clad (quasi-feminist) owner ...
Read More:
at 12:34 PM No comments:

Delhi Gate in Lahore is engulfed by machinery, construction workers and cement tills these days as the walled city is being preserved by the Walled City of Lahore Authority (WCLA).
Just pass through the Delhi gate, with its monumental arch and muddy puddles, and turn left. There is a black metallic gate that leads to the Delhi Gate School but you turn right instead. And, there it is — the back entrance to the majestic Wazir Khan Hamam.
Read More:
at 12:18 PM No comments: 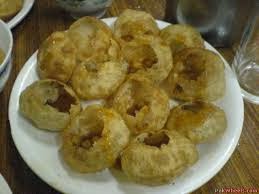 Many years ago, we ordered Pani Puri in Delhi’s Bengali Market. I felt that the savoury green liquid had something missing. And, there was a spicy little blast from the past.The only thing that made my school memories exceptional was the street hawkers. I have never tasted that kind of tamarind, juices, crackers, sweet potato and chana masala (peppery chickpeas) again.My mother used to give me ten rupees in the morning for a Coke or a Mirinda. She didn’t know of my day-end escapades.The van uncle used to wait for us at the gate.

The National Hockey Stadium, opposite the Qadaffi stadium in Lahore, is floating in chilly fog these days. The back gate to the stadium has two parks on both sides of the entrance and, in one of them, we see half a dozen broad-built girls (many broader than most sportsmen on screen), clad in white shirts and green pajamas, talking to TV cameras.
Read More:
at 12:48 PM No comments:

“The year of Manto isn’t coming to an end” 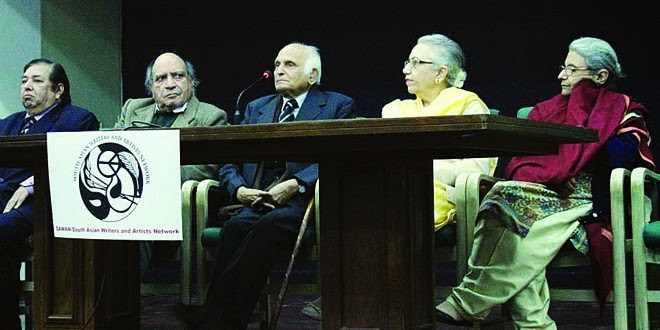 
Intezar Hussain at an event organised in commemoration of Saadat Hasan Manto’s 59th death anniversary, by South Asian Writers and Artists Network, at HRCP recently.
“The books keep coming. And, this should be enough for you to guess the celebrity of this writer,” Hussain continued. “Death is also a test for a writer. Manto’s stature has only improved with time.”
Read More:
at 11:49 AM No comments:

Ladies, the Tehelka sexual assault victim is one we should all learn from 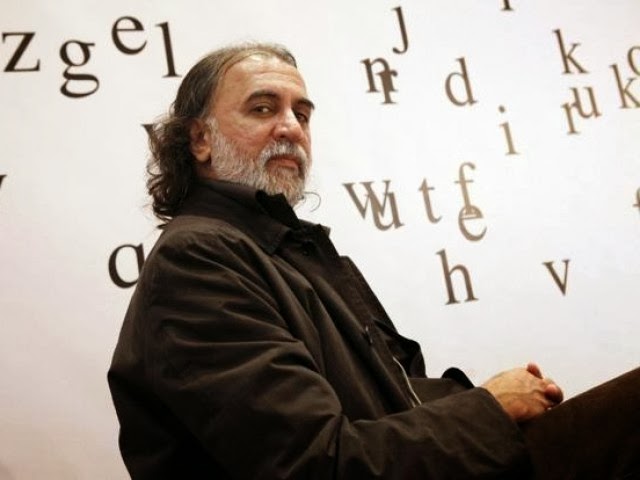 Last month, a young reporter from the news magazine Tehelka, was boarding a lift when she was followed by her Editor, Tarun Tejpal, and assaulted. This happened again the following night and she escaped the lift on both occasions.
In two weeks time, the girl emailed the Tehelka management and asked Tejpal, one of the most influential men in the Indian media, to issue an apology. He did it twice, once personally and later officially. He admitted to his crime.
Read More:
at 11:45 AM No comments:

Tehelka for a reason 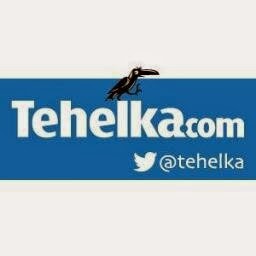 Last December, a girl in Delhi was brutally gang raped in a bus by six people including the bus driver. She passed away 13 days later in a hospital in Singapore.  There were large scale angry protests across the country. The protests took the form of a social movement and the four adult accused were sentenced to death in September 2013. The event was so terrifying that even the managing editor of‘Tehelka’, Shoma Chaudhury, was forced to ask: “Why did it need an incident so unspeakably brutal to trigger our outrage?”
Read More:
at 11:41 AM No comments: