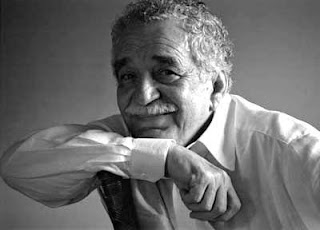 The great South American writer and Nobel laureate, Gabriel Garcia Marquez celebrated his 84th birthday on the sixth of this month.

Marquez, lovingly known as “Gabo”, has been a special favorite of mine for many years now, ever since a dear friend introduced me
to his work. Though familiar with many of his works, this article will briefly dwell on some of the major highlights of his magnum opus One Hundred Years of Solitude (first published in Spanish, 1967); a multi-layered, multi-dimensional work of great beauty and
richness.

One Hundred Years of Solitude is a novel based on the epic story of seven generations of the Buendia family, in a
fictitious town called Macondo that was founded by the progenitor of the family, Jose
Arcadio Buendia, along with his wife Ursula. The town becomes the centre of remarkable and fantastical activities, along with misfortunes, war, brutality, disease and all the cycles of life and death. Eventually, it is destroyed by a fierce tropical hurricane. The saga of the family and the town is spread out over a hundred year’s period, ranging from the 1820s to the 1920s, and is “full of the variety of life itself,” as a critic remarked.


Along with the work of the earlier, influential Argentine writer, Jorge Luis Borges, this particular work by Marquez is ranked amongst the finest examples of a unique style evolved in South America, termed as “magical realism,” where elements of the fantastic, magical and illusionary quality blend almost seamlessly with everyday reality, so that readers are left baffled and enchanted--where does reality end and the magic begin? And how may one perceive such “magic” in one’s everyday life? Vital questions indeed.
During the course of the novel, many strange and bizarre events occur. Strange people come and go and the teeming life of Macondo is enlivened by these events and occurrences and we are made witness by Marquez to  a whole host of exquisite, fascinating and repulsive images, a host of them that descend upon us line after line, and make this book such a wonderful experience. Indeed, as Harold Bloom, the famous American scholar and critic remarks: “the act of rereading One Hundred Years of Solitude is a kind of aesthetic battle fatigue, since every page is rammed full of life beyond the capacity of any single reader to absorb... There are no wasted sentences, no mere transitions, in this novel, and you must notice everything at the moment you read it.” 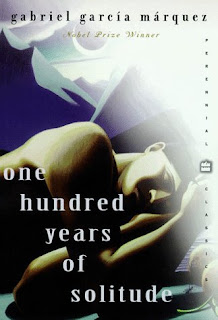 Thus, the whole tale is a literary tour de force of the highest order, calling for our full attention and involvement. Sometimes, we have a rain of flowers cascading from the skies; sometimes a beautiful maiden ascending to heaven, while doing her laundry; or a person swarmed constantly by yellow butterflies--there are no fixed patterns, no “usual” points of reference, as we are transported into another world altogether.

Marquez’s characters, too, are very fascinating, well-conceived and constructed. They range from high nobles and aloof aristocrats to simple rural shepherds and natives of the wilds of the Amazon; they are blessed with very full and rounded personalities and great complexity and depth; passionate, jolly, amorous, hungry, lively and tired, all their emotions and upheavals and joys and tragedies are intensely human and, at the same time, colored with the unique tinge of “Marquezian” fantasy.


Some of these characters are very memorable indeed. One such character, who appeals to me strongly, is the gypsy, Melquíades, who enters Macondo with a band of gypsies and several charming items from across the globe. Melquíades is said to have died in Singapore, but he returns to live permanently with the Buendias because he couldn’t bear the solitude of death. He starts writing mysterious parchments that are deciphered in the end--and we learn that he is, in fact, an alter-ego for the author/narrator himself. Two of the women characters are equally interesting, Ursula and Pilar Tenera. Ursula is the mother of all the Buendias, whereas Pilar is the local woman who mothers the children of Ursula’s sons. Ursula is the archetypal matriarch providing food, shelter and guidance throughout the novel, whereas Pilar is the sexual matriarch, a sensual creature, often the first lover of Buendia men, who eventually returns to Macondo despite being married.


Some aspects of Marquez’s works can pose difficulties for the average or first-time reader, making some of them drop the book before time. One is the lack of a linear time-frame because Marquez believes that people and history have cycles and patterns; these do not always progress along straight, neat, linear paths. Secondly, his depiction of sexuality, incest and promiscuity is also distractive, especially for readers from this part of the world. Lastly, the fusion of reality and magic is so smooth that one is truly baffled, even though we may be enchanted by the wealth and profuseness of Marquez’s imagination and creative power. The myths, illusions, legends and truth merge to give us a flavour of Marquez’s South America, and to outline the point that reality is subjective, absurd and seldom fully understood.
This piece was first published in The News on Sunday
at 4:48 PM

Email ThisBlogThis!Share to TwitterShare to FacebookShare to Pinterest
Labels: Marquez, One Hundred Years of Solitude