We were always obsessed with Aishwariya's weight 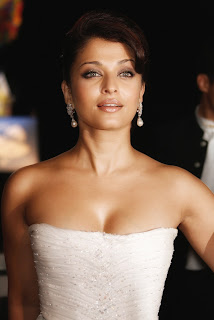 Ever since Aishwarya Rai-Bachan appeared in public having retained some of her pregnancy weight, the internet has been ablaze with unflattering and intrusive comments for the actress:

These are just some of the remarks floating around about the former Miss World.
The web is inundated with such news about the extra pounds this glamour goddess has put on.
Read More:
at 7:10 AM No comments:

Paying for the Breaking News

Every year, thousands of articles, news stories and features appear on May Day. These expose the gloomy plight of laborers in mines, brick kilns, factories and other industries. Yet there is one industry, where a lot of undue exploitation happens internationally yet it is seldom written about. This industry is the media itself.
The guys who give out the news about other peoples’ exploitation seldom find the liberty and forums to register their own. There are several ways this exploitation happens. The main victims are the print journalists as the pay-scale in electronic media is generally higher.
Read More:
at 11:20 PM No comments:

How to deal with Gummersbach!

Now here are some tips for those going there for the first time.
Read more »
at 1:06 AM 1 comment:

The media was frantic much before the Prime Minister Yusuf Raza Gilani arrived at the Supreme Court. There was a sharp division between the PPP supporters and non-supporters. Some were fuming while others struggling not to lose their bearings knowing how cool the Supreme Court is about its own contempt.
Almost every noted TV anchor covered this verdict and the day was as ‘eventful’ as last year’s May 2 [when OBL’s assassination drove media crazy]. Analyzing the media reaction to the verdict is almost impossible because much of it was a prolonged vomit. The live transmissions, tickers, political statements, Asma Jahangir’s press conference and everything related to the verdict reached the public in real-time.
Read More:

Imran Khan was welcomed in Balochistan because Balochistan needs to become socially and politically re-integrated with the rest of Pakistan. Mainstream political parties can be of immense help in democratizing the province. Yet within the first ten minutes of his speech, Imran Khan declared Nawaz Sharif the reason behind all the crises in Balochistan, without providing any evidence to substantiate his statement.
Today's Balochistan is infested with complex political and military problems, which are aggravated by a weak federation and a lack of political will and dialogue. Imran takes a sensitive approach to the missing persons but evades mentioning the real culprits behind them. Instead he equates the abducted to Aafia Siddiqui, whose case was quite different. And above all, Imran didn't mention the sectarian militant groups that have been targeting an ethnic minority.
Accusing Nawaz Sharif or any other politician of perpetuating this violence and chaos is not only tactless and unfair, but also very dangerous. Imran knows that the agencies and militant groups are dangerous, so he did not mention them. Instead he decided to blame his political rival. He is misleading the masses and that is no way to find a genuine solution to the problem of Balochistan. This is bad politics and complete dishonesty to gain popularity.
This letter was first printed in the Friday Times.
at 10:03 PM No comments:

A few weeks ago, I was doing a piece on Hafiz Saeed, who seems to be a loud opponent of the status of "Most Favored Nation" status recently given to India. Most Favored Nation, according to Wikipedia, means that the country recipient of this treatment must receive equal trade advantages like low tarrifs or high import quotas.
Read More:
at 8:50 PM No comments:

Get rid of FB Timeline

To get rid of timeline ( use Google


(Don'r HAVE TO LIKE IT) then REFRESH FACEBOOK- Old FB Wall is Back! Life is beautiful again :D


Check out this Community for more help and find free ways to remove the Timeline here.

It appears from a distance that newspaper journalists are listless and idle ideologues, lost in the saga of a by-gone era. This will seem very true if you visit the office in day-time. But in the night, the picture is very different and happening.
Most journalists are creatures of the night, because major newspapers with national circulation go for printing at mid-night and therefore the page deadlines are a few hours before that.