About two weeks back, the newspaper Dawn published a shocking report on widespread and systematic sexual harassment being committed in the International Islamic University, Islamabad against several female students and subordinates. An economics professor and librarian traded sexual favors for higher marks, and resorted to threats if the young women refused. Sahabzada Sajidur Rehman, acting President of the university, confirmed that lately a professor and librarian quit the institution after being accused of rape, and that “the situation is much worse than is apparent”. And then he gives a rather absurd, sexist, almost Victorian statement that the university didn’t take action because the rest of the women there will suffer from the bad name these cases will bring.
Read More
at 7:28 PM No comments:

I am disturbed by media reports that some members of staff at the prestigious International Islamic University were allegedly involved in sexual harassing some female students. The university’s acting president has verified these allegations and I would therefore request that the police step in and carry out an inquiry — and if the allegations are true, the culprits be charged under the applicable law.
Any attempt to brush this under the carpet will only lead to more cases of sexual harassment. According to the reports, two employees — one a professor and another working in the library — have been accused and if the charges against them are proven, they should be dismissed from service.
The government passed a sexual harassment law through parliament last year and the Higher Education Commission needs to ensure that it is enforced by all universities.
Published in The Express Tribune, February 24th, 2012.
at 7:13 PM No comments:

Students of Lahore Grammar School Johar Town Branch ( LGS-JT) performed the play ‘The Life of Galileo’ by Bertolt Brecht. The performance that started on the Feb 10 lasted three days — and ended just three days before Galileo’s 448th birthday. It was presented by Real Entertainment Productions and directed by Karen David and Omair Rana.

The plot revolves around a poor Galileo who replicates the technology of a telescope and sells it as his own invention in the Venetian Republic. He uses this to validate Copernicus’s theory about the solar system that it contains planets, including Earth that revolves around a stationary Sun.

Arab Spring: A year on! 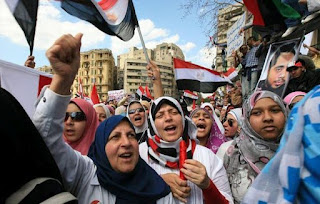 After the fall of the Soviet Union, Francis Fukuyama's thesis "The End of History" was much hailed. It was claimed therein that mankind was moving in a rather teleological manner towards the "universal" values of market democracies. Then, 9/11 put spotlight on Samuel Huntington's "Clash of Civilizations" and made Fukuyama's hypothesis seem naive to the dangers of political Islam to some. Moreover, the financial crisis as well as the rise of state capitalism in authoritarian China and Russia further seemed to have postponed, if not muddled, the end of history. At the very least, it seemed that any historicist synthesis towards free-market capitalism and liberal, democratic republics would go through a very slow thesis of radical revolutionaries (socialist or religious) and a violent antithesis of the establishment's inevitable backlash.
Read More
at 1:54 AM No comments: 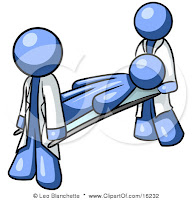 One of my doctor uncles once joked that “ aapki zindagi likhi hu tu aap hospital mein bach hee jayengein” ( if you have a long enough life, you will survive the hospital). This pretty much sums up Pakistani  healthcare system.
The first time I came out of my happiness bubble, was when I interned for a rural health clinic in Hafizabad. It was a microcosm of Pakistan, with extreme and diverse limitations that had ugly outcomes.
Read more »
at 8:54 AM 1 comment: