My cup of tea 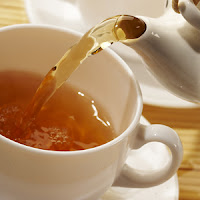 A good cup of tea is a miracle and therefore very rare. The other cups are just a social compulsion.
I have been having tea since the time I could talk, and that was a long time ago. Since then I have not been frugal with either words or tea. As a kid, all tea was alike. But during the time we were looking for a "rishta" (proposal) for my uncle, I realised there is as much inequality in tea as there is among humans. Tea too comes in many castes, creeds and colours. You can figure out its status almost immediately after the first sip, and sometimes even before that.

The key factor that enhances the status of tea is how fondly someone has made it. Even the cheapest brand of tea can do wonders, if someone really wants to make you happy. Most cups reach you because of etiquette and you likewise take them out of formality. It’s an impersonal interaction, like saying “hello” to a stranger on an early morning train. My advice to all half-hearted tea servers is, buy some juice or those cartons of cold drinks available at Metro and Hyperstar, and save us the torture. 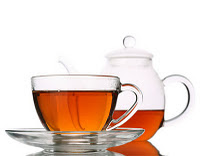 My mother makes good tea. There is a delicate balance between the milk and tea leaves, an appropriately long time for boiling and the right ratio of ingredients. That is her winning secret. A small miss by an amateur tea-maker and a wonderful joy becomes a banal drudgery which can at best ameliorate a headache rather than become a delight unto itself.
Every tea-maker gives a distinct taste to his or her tea. I try to copy my mother but either the water isn’t boiled enough or it gets over-boiled. In any case, there is seldom much “felicity” as Austen would put it. My mother has aged now; she confuses the ingredients and timing, occasionally making it too milky, dilute or watery. But her distinct flavour is still there. For many years, I was making tea in the microwave oven. There was an occasional spill and the oven always smelled of over-boiled tea leaves. Thankfully there is no legislation against such kitchen transgressions. 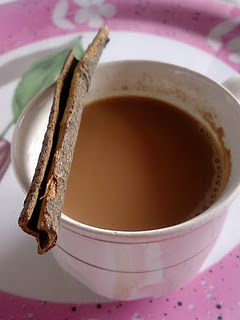 There are several dozen types of teas, with many flavours, scents and colours. The academy I went to in Germany had some eight different flavours. There was spicy tea, rosemary, earl grey, mint, mixed fruit etc. You could never guess the flavour or the colour. The black tea they served was too bitter. So I resorted to green tea with mint. Light tea, with fewer leaves and faint colour, is not very inspiring. Once in Delhi, my friends took me to a restaurant in Khan Market, called the Shukla’s, which was famous for its tea. But the tea there was too light for my taste. Perhaps there is a subtle taste that this connoisseur has yet to appreciate. Then there was this cook of a friend who served regular tea with cardamom. Its scent and sugary flavour struck a chord and I kept taking it till the end of the night.
The nutritional value of tea has been in doubt forever. My mother is dead sure it gives one a dark complexion and darker lips. A teacher once taught us that tea increases calcium removal from the body. New studies state it improves bone density, decreases phosphorous deficiency, has an anti-aging effect and perhaps even suppresses depression. But when I am having tea, I don’t think of phosphorous or anti-oxidants, I am merely having a taste of life.
Many years back, when my great grand-mother was still alive, I visited her at her place when she was alone. It was a cold winter evening; she was sick but out of courtesy she went to the kitchen which was a total mess because of the unwashed utensils and old food. She washed the saucepan, boiled some water, added tea leaves and then of course milk. This “mixed” tea was never my cup of tea but she insisted I take it. And I still remember the aroma of that tea, the texture of those leaves, the thick milky taste and the cheerful look on her face.
This piece was first published in the News on Sunday.
at 4:46 AM

Email ThisBlogThis!Share to TwitterShare to FacebookShare to Pinterest
Labels: mixed tea, My cup of tea, supper, tea, tea with cardamom